GK Quiz: 26 January Republic Day For Class 2nd, 3rd, 4th and 5th Students. The festival of Republic Day is being celebrated with enthusiasm across the country. Republic Day is the golden day in the history of India. India became a democratic and constitutional nation on this day.

Republic Day is celebrated every year on 26 January. It is one of the major national festivals of India. India remained a slave of British rule for decades. However, freedom fighters and Indian youth together dreamed of the country’s independence and struggled a lot to get this freedom. The country became independent in 1947. About three years later, India became a republican nation. The Constitution of India officially came into force on 26 January 1950.

#1. How Many Spokes are there in Ashok Chakra?

The correct option is 24
The wheel is also known as Ashoka Chakra and it contains 24 spokes. It is called ‘Ashoka Chakra’ because it appears on a number of edicts of Ashoka which is the Lion Capital of Ashoka.

#2. Who wrote the National Song of India?

#3. Our National Emblem Has Been Taken From Which Place? 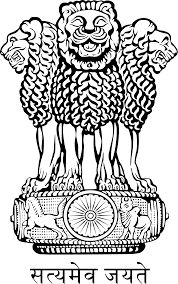 #4. How Many Lions in State Emblem of India?

#5. What is the National Game of India?

#6. What is our National Flower?

#7. When was the first Republic Day celebrated in India?

#8. When Was the First Time our National Song Sung?

#9. How Many Colours are there in National Flag?

#10. What is The Name of Our National Animal?

Royal Bengal Tiger is the National Animal of India. The scientific name of this animal is Panthera Tigris.

#11. What is the National Song of India?

#12. What is the National Anthem of India?

#13. Who is the father of the Indian Constitution?

Dr. Bhimrao Ramji Ambedkar is known as the father of the Indian Constitution. He was the then Law Minister who introduced the final draft of the Constitution in the Constituent Assembly.

#14. When is Republic Day Celebrated in India?

#15. Who wrote the Indian National Anthem?

We hope you would like this General Knowledge Trivia Awareness Online MCQ Quiz to raise awareness among students about Indian Republic Day on the 26 January. You can Share and Challenge your friends to score more than you with this Online GK Quiz about Republic Day 2023. You can find more General Knowledge Quizzes with answers on this website.

Read This Too: Republic Day Quiz Know These GK Questions Related To 26 January

Check This Out – CBSE 2022 Question Bank

What is Namaste Scheme?

Gk Questions and Answers about ISRO

Essay on My School for Primary Classes

Save Water Save Earth